Welcome to the Killarney Park Astronomer in Residence Program comittee, our main members are as follows:

Bruce Waters: Killarney Observatory Expert and the one who came up with this exciting plan.

Bruce has been teaching astronomy to the public since 1981 and in the provincial park system every year since 1985. He was at the McLaughlin Planetarium as star theatre operator, producer and educator (1985 to 1995) and ran the last public star show with the hope that, one day, the stars would shine down upon Toronto again. Co-founder of the North York Astronomical Association (1980) Bruce co-founded Starfest, one of the world's largest amateur astronomy conventions (1982), received the RASC's first volunteerism in astronomy (2010) and founded Ontario Park's first public use observatory complex (2010). He also authored "A camper's guide to the universe" in 2012" and is the author of the Ontario Parks monthly astronomy blog. Finally, he contributed to the creation of Ontario Park's first dark sky preserve in Killarney Provincial Park (2018) and is the co-founder of Stars over Killarney - an annual astronomy program featuring topics that connect to the Park (2018).

Dr. Elaina A. Hyde: Director of the Allan I Carswell Observatory and AIR program contact.

Her research is "in and above the cloud", combining astrophysics, data science, cloud computing, planetary sciences, optical engineering, telescope operations and telescope observations. She has worked with instrumentation and telescopes around the world, and currently provides technical leadership for York University's Allan I. Carswell Astronomical Observatory. Her motivation is the promotion of astronomy education and research through public telescope activities and exploration. As a lecturer, trainer, and consultant, she innovates teaching methodologies for interdisciplinary audiences across the sciences as well as for businesses, students and the general public.

Donating to the Observatory:

Visits to the Observatory are free but if you would like to make a donation to support our work please see below. Our recommended donation is $5 which you can select on the 'other' category.

To make a donation to the Allan I. Carswell Observatory:

Allan I. Carswell Observatory 11 hours ago

RT @AstroHyde: Our newest astronomer in residence ⁦@yorkobservatory⁩ and ⁦@KillarneyPP⁩ is almost finished! Congrats to Caroline, next up s…

Allan I. Carswell Observatory 5 days ago

Join us at our in person Atrium Event tonight, free registration for the event at https://t.co/XZfVa822DO 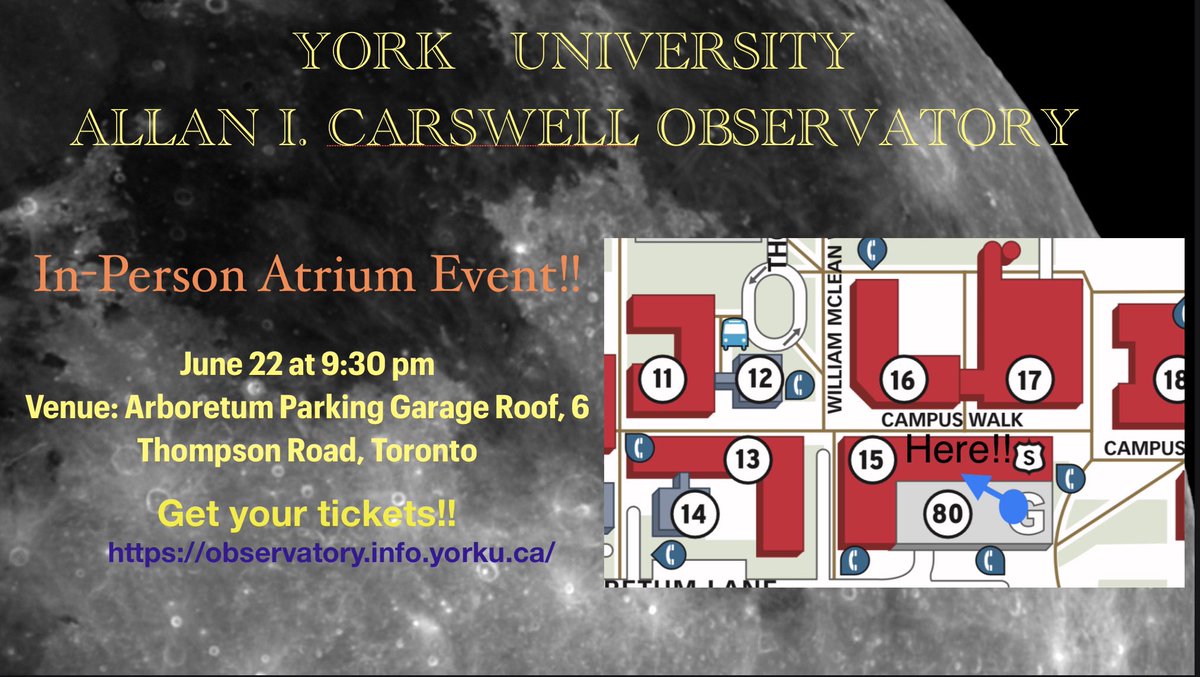 Successful candidates will collaborate with the AICO on outreach and livestream broadcasts. To follow the blog for Caroline's AIR tenure, see application requirements, program descriptions, and get updates check our website here: @KillarneyPP https://t.co/Hmquc65FOo 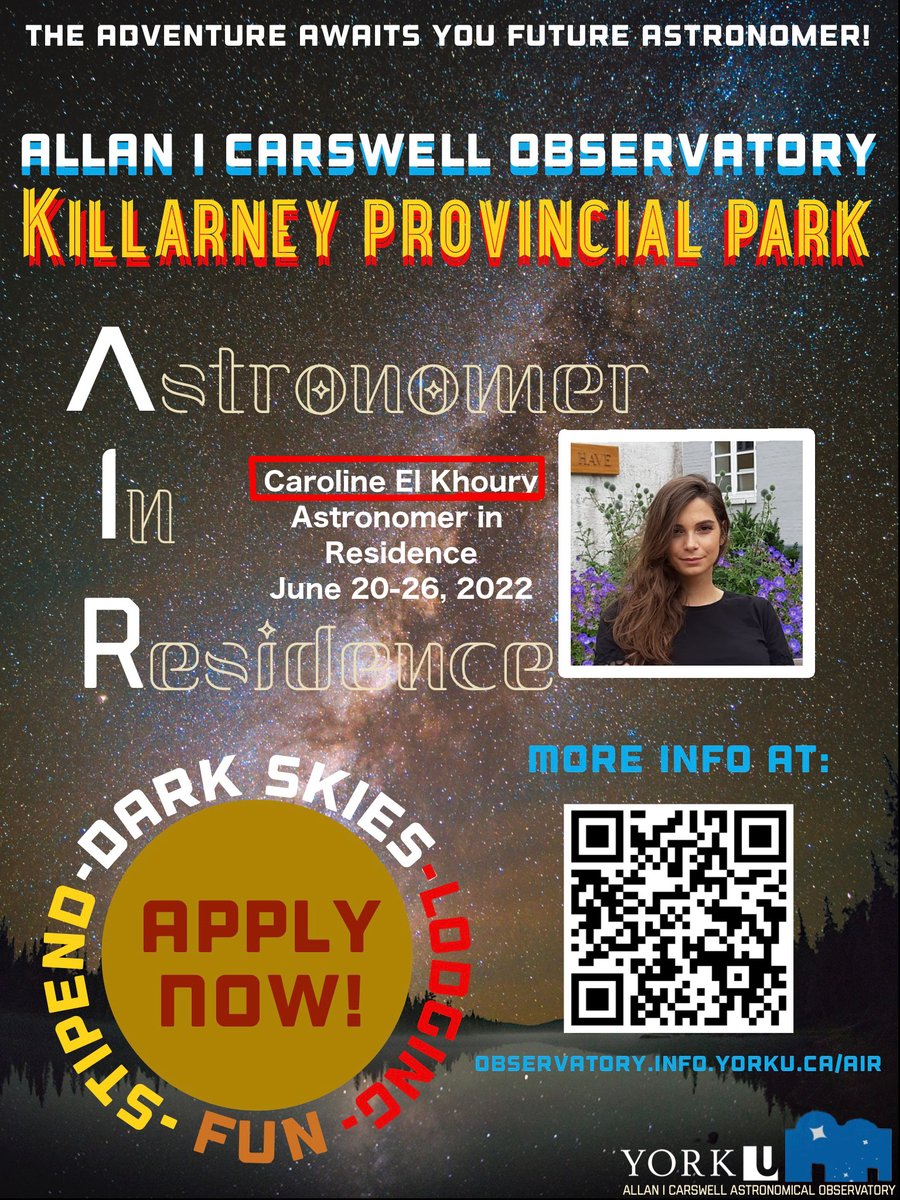 The 2022 AIR program is presented by, York Allan I Carswell Observatory and Killarney Provincial Park and hosts astronomers in the certified dark sky site of KPP in Ontario to lead in-person astronomy presentations and shows using the Park Observatory.

Caroline took her love of astronomy and hiking and started a social media page where she showcases all her adventures. If you are at the Killarney Park, make sure to stop by the observatory and say hi! @yorkuniversity @YorkUScience